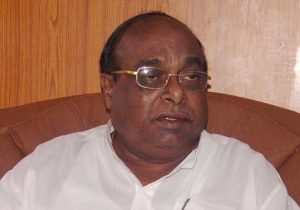 Excise Minister Dr. Damodar Rout, who has been at the receiving end following the death of two people, including a groom at the Kanjiapata village in Tihidi block of Bhadrak district yesterday, had refuted the charges that the deaths were caused by spurious liquor.

The Minister said quoting the officials of his department that as the people died 4-5 days after consuming liquor, it would not be proper to link their deaths to spurious liquor.

Dr. Rout also said that he would wait for the District Collector’s final report before commenting on this issue further.

However, as per the latest reports, Tihidi Police has seized around 60 litres of liquor as a precautionary measure.