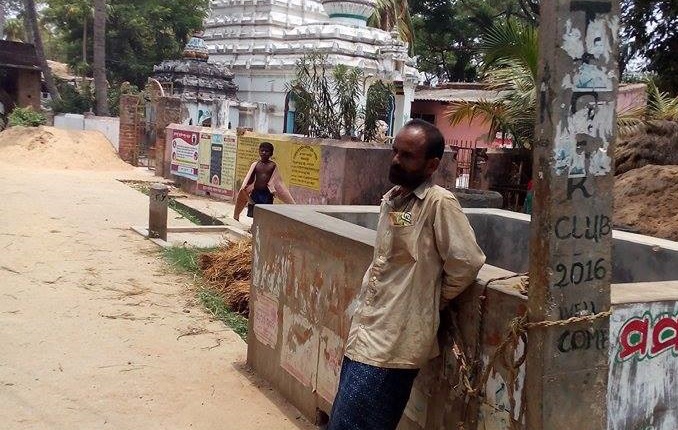 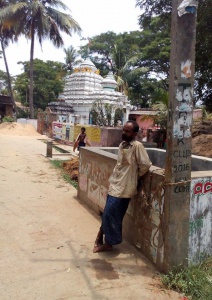 Kendrapara: In a case of gross violation of human rights, a 42-year old mentally unsound man was tied to a pole, assaulted, smeared with cow dung and left to suffer in the hot May sun for nearly three hours before he was rescued by his brother.

The shocking incident happened at Deypura village under Kendrapara sadar police limits on Friday in full view of the people of the villagers, none of whom did anything to restrain the tormentors or rescue the victim.

Sources said the victim Srikanta Samantaray, who has done a Master’s in Education (M Ed) from Indore University, earned the wrath of Arjun Barik (55) of the same village after blaming him for his insanity. When Arjun’s son Pagan reached the place, Srikant allegedly slapped him. Infuriated at this, the father-son duo pounced on Srikant and assaulted him mercilessly before tying up his hands to an electric pole. Srikant’s ordeal came to an end only after his younger brother Ratikanta rushed to the place after getting the information and rescued him.

An FIR has been registered by Ratikanta at the Sadar police station in this regard. Acting on the FIR , Sadar police registered a case – PS case no-153/17 under Section 342,294,355,506 and 34 of IPC – and started an inquiry into the incident.