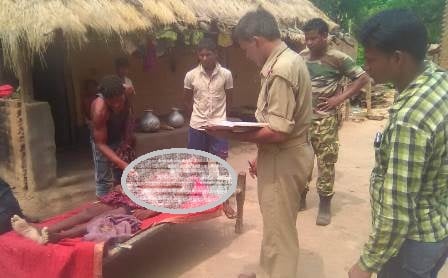 Keonjhar: In a ghastly incident, a man hacked his father to death at Kaduabahali village under Ghasipura police limits in Keonjhar district on Friday.

The deceased has been identified as Gora Munda. The murder was attributed to a family dispute.

The villagers detained the murderer and handed him over to the police. The cops have seized the axe used in the crime.