Kendrapara youth arrested for duping two with promise of job 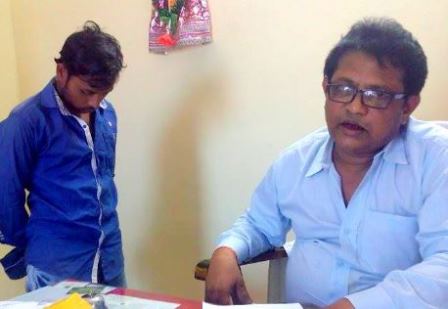 Kendrapara: A 20-year-old youth was arrested by Kendrapara Sadar police on Friday for his alleged involvement in duping two unemployed youths with the promise of engaging them as Home Guards.

One Baunty Mansingh of Chtarapatana had demanded Rs 50,000 from Manoj Kumar Mallick and Manas Kumar Mallick of Janra Barimula village to provide them the jobs.

But when Mansigh sent his aide Ananta Das to collect the money, the two youths smelt a rat and did not give him the money. When they questioned Das about their engagement, he fumbled and failed to give an answer, Suspecting that they had been cheated, the duo nabbed Das, with the help of the locals and handed him over to police.

Based on the FIR, lodged by the duped youths, Sadar police registered a case bearing PS case No -156/17 under Section 420, 34 IPC and arrested Das.

Meanwhile, the hunt is on to nab the kingpin of the racket Mansingh.