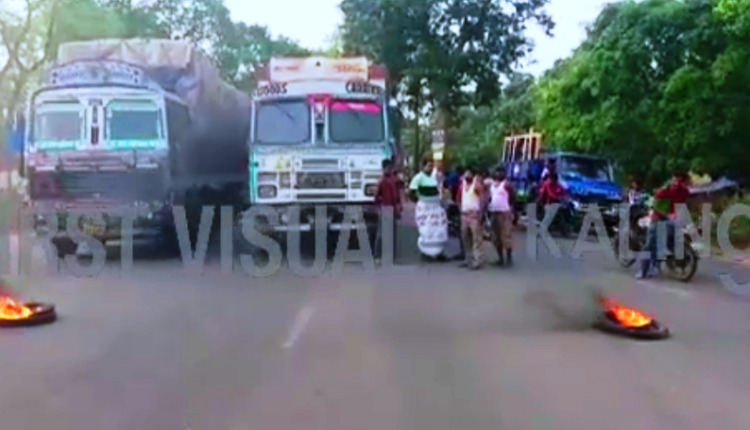 Normal life has come to a standstill in Baripada town of Mayurbhanj district over the dawn to dusk bandh called by the Jharkhand Mukti Morcha (JMM) on Wednesday.

The activists are observing a bandh against the illegal drug and brown sugar trading in the town. They demanded to make the town completely free from the illegal and intoxicated items alleging that the marketing of these items have led to the criminal activities in the region.

Many vehicles were left stranded on the road as the protesters held road blockades at different places by burning tyres.

All the shops, business establishments and educational institutions remained shut on account of the bandh. Meanwhile, police had a minor tussle with the JMM activists as the latter damaged a vehicle during the bandh.

As many as seven platoons of police forces have been deployed to maintain law and order in the town. The Baripada Bar Association has supported the 12-hour bandh of the JMM activists.