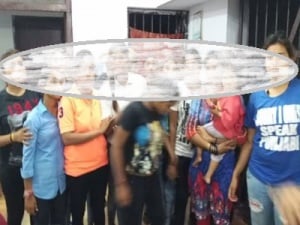 Puri police detained some young girls along with a few women with jeans and t-shirts after finding them begging near Gundicha temple in the pilgrim city.

Acting on a tip off, the police had initially detained four of them while seeking alms from the passersby with the help of a printed leaflet citing they had lost everything in a cyclone.

Later, based on information received from them, the cops detained other western-clothes clad beggars from different areas of the city. The cops made necessary arrangements to deport them to their native place in Odaba near Ahmedabad in Gujarat.