Jagannath Temple to remain closed for public till 12 PM 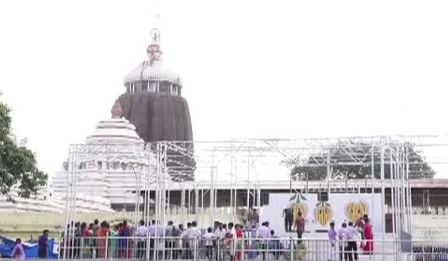 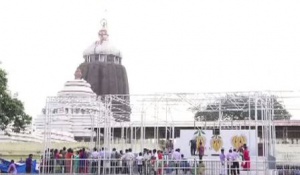 Puri: Jagannath Temple in Puri will remain closed for the general public till 12 PM on Thursday on account of preparation for the Snana Yatra of Lord Jagannath and his siblings.

According to sources, the servitors will conduct the ‘Senapata Lagi’ rituals of the deities today ahead of the Snana Yatra on June 9.

Puri district administration has made elaborate security arrangements for the Sanana Yatra.

As many as 45 platoons of police force under the leadership of more than 200 officers will maintain law and order during the Snana Yatra.

Besides, CCTV cameras have been installed at all strategic location.

Barricades have also been erected in and around the Snana Mandap for the peaceful movement of the crowd during the darshan of the deities.