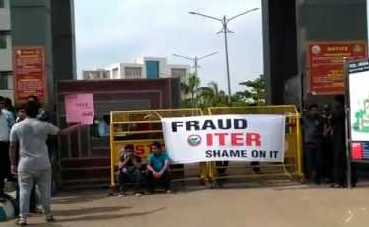 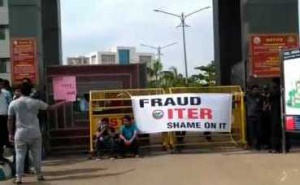 Bhubaneswar: In a new twist to the placement scandal involving Siksha O’ Anusandhan (SOA) University and ITER, Twin City Police Commissioner YB Khurania has revealed that a big placement racket is behind the scam.

He said at least 25 people have been identified by the police so far. The task force teams are digging deeper to unearth the racket and arrest all people involved.

The commisssioner revealed that three teams have been formed to probe various aspects of the fraud.

The fake placement offer issue came to light after over 400 students selected through various campus recruitment process at ITER, Bhubaneswar, were told by companies, including Huawei, Mitsubishi, that their appointment letters were fake.

The students immediately got in touch with Prof. Raj Kishor Hota, who was in charge of Placement. He resigned taking moral responsibility. Later, he was arrested and sent on police remand. His two-day remand period ended yesterday and he will be produced in court today.

Police sources said Hota began singing under intense interrogation during his remand and has revealed some crucial information that would help take the probe forward.

SOA has given several options to the students who were cheated through fake offer letters including a Teaching Assistant’s job at Rs 20,000 per month for a year, full waiver of M.Tech course at the University etc. However, the students are demanding jobs at reputed companies as promised to them.