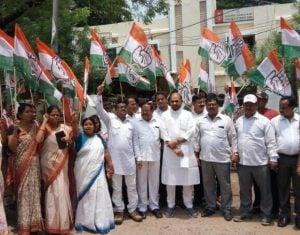 Many Congress leaders and workers under the leadership of OPCC Treasurer Mohammed Moquim, staged the agitation.

They alleged that, though there has been irregularity in the OCA to the tune of more than Rs 475 crore, the state government has neither taken any action nor given any probe order. They also submitted a memorandum seeking an investigation and arrest of all the accused including Behera.

OCA had submitted its report to the Board of Control for Cricket in India (BCCI) after the latter sought a report following the audit reports of Deloitte which had found financial irregularities in many cricket associations including Odisha.