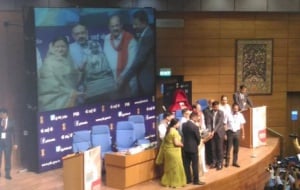 In a major disappointment, Bhubaneswar, which had received Numero Uno spot in Smart City Project rankings in India, has failed to make it to the list of Top 10 Cleanest Indian Cities in #SwachhSurvekshan2017 and finished a dismal 94th.

Here’s List of the Top 10 Cleanest Cities in India:

The survey was conducted in 434 cities with the participation of 37 lakh citizens across the country. 80% of respondents reported definitive improvement in levels of sanitation and cleanliness.

ll cities surveyed in MP and Jharkhand have improved their cleanliness levels compared to previous survey. Gujarat and Chhattisgarh are two other success stories, with most cities improving cleanliness rankings.