I quit BJP because of Dharmendra, claims Kharabela Swain 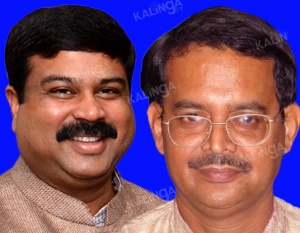 Bhubaneswar: Former BJP MP and founder of Utkal Bharat, Kharabela Swain has created a flutter in political circles after posting a sensational tweet levelling serious allegations against Union Minister Dharmendra Pradhan, saying he was one of the reasons behind his departure from the BJP.

Taking a dig at Dharmendra in the context of his criticism of CM Naveen Patnaik in connection with the recent egg attack on Baijayant Panda in Mahanga, Kharabela reminded him of the past.

“Dear Pradhan, don’t try to be a moral preacher. Who knows you better than me. When I refused to give ticket to an ineligible candidate of your choice in 2009, you had sent your goons to ransack my house, who damaged properties worth Rs 1.5 lakh and had to spend 7 days in jail. But, you embraced them and even clicked photos with them in public. You are still patronising them in Balasore,” alleged Kharabela Swain.

“You were one of the reasons why I left the BJP. When you were involved in such acts to carry out attacks on political adversaries within your party, who gives you right to raise questions on other leaders for a similar act?” asked Swain.

“Not long ago, only in November 2016, Dharmendra had hailed Naveen Patnaik as a simple and ideal person and asked all politicians in India to follow in his footsteps,” Kharabela reminded Dharmendra.