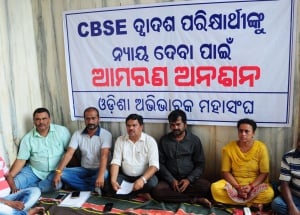 Cuttack: In a big relief to agitating CBSE students, the Orissa High Court yet again ordered re-evaluation of answer sheets of 159 Students and publish the results by June 30. The students have been asked to resubmit their application by June 15.

Earlier, CBSE had shown defiance, saying it had no provision for re-evaluation, but could do only re-check. Most of the students resented the process followed by CBSE during “re-check” and alleged further discrepancies in the results.

A female student even attempted suicide, sending shockwaves across the State. While the politicians failed to resolve the issue, the Parents’ Association approached the HC again, which gave a huge reprieve to the students.

The decision came as a big blow to CBSE authorities as the board had earlier filed a review petition challenging the order for re-evaluation of answer sheets.