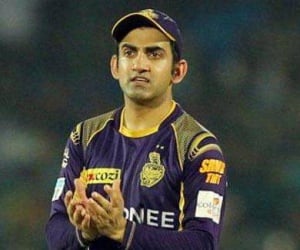 In a big development, senior cricketer Gautam Gambhir, who has shot into fame for his nationalistic and pro-military approach of late, has decided to bear the educational expenses of children of all 25 CRPF personnel, who lost their lives in the Maoist attack in Sukma, Chhattisgarh recently.

News Agency ANI reported that Gambhir’s Media Manager has confirmed that the Gautam Gambhir Foundation will bear the entire education cost of the martyrs’ children.

Union Minister of Urban Development and Housing and Urban Poverty Alleviation M. Venkaiah Naidu has already hailed Gambhir for this noble gesture with a tweet, “Compliments to @GautamGambhir for setting an example, pledging to bear educational expenses for kids of #SukmaMartyrs. Inspirational!”