Four of a family set on fire by brother-in-law 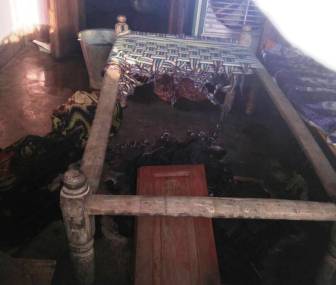 In a shocking incident, four siblings – three brothers and a sister – were set on fire while they were asleep in their house in Bhawanipatna in Kalahandi district late last night. Their brother-in-law, identified as Arun Nayak, has allegedly committed the crime as an act of revenge owing to a family dispute.

The incident occurred around midnight when Arun allegedly poured kerosene on the sleeping members from the window when the four siblings were asleep. All of them were admitted to the District Headquarter hospital and are undergoing treatment.

The parents of the victims have lodged a complaint against their son-in-law Arun, who is currently absconding.