Former MLA Bimal Das sentenced to one year in Jail 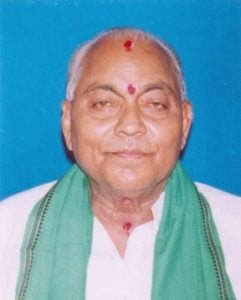 The Baripada Special Vigilance Court on Wednesday awarded one year of imprisonment to former Baripada MLA Bimal Lochan Das in connection with a financial offence he had committed on September 20, 2009.

According to reports, the Court convicted the 78-year-old Das and eight others in the case.

Apart from handing over him the jail term, the Court asked the former legislator to pay a fine of Rs 16 lakh.

As per the verdict of the Court, the other accused will have to be behind the bar for a period of one year and pay Rs 1 lakh each.

Earlier in 2012, the court of the Baripada Chief Judicial Magistrate had sentenced Das to two years’ rigorous imprisonment and slapped a fine of Rs 25,000.

It is alleged that Das violating the bank’s rules of business and guidelines of the Reserve Bank of India, had sanctioned loans worth Rs 7 crore to different persons during his tenure as president of the Baripada Urban Co-operative Bank event tough the latter produced fake documents.