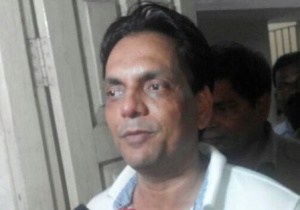 Bhubaneswar: Institute of Technical Education and Research (ITER) Dean (Placement) Rajkishore Hota was arrested for his alleged involvement in the fake recruitment scam.

Police Commissioner Y B Khurania confirmed the arrest of Hota.

Alleging that they received fake appointment letters from different companies during the campus placement, around 50 students of the college staged hunger strike and demanded fulfillment of their several demands.

A compensation of Rs 2.4 lakh for each student from the Siksha ‘O’ Anusandhan (SOA) University and legal action against the persons involved in the fake recruitment are two of their five demands.

However, they called off their strike today following the assurance of vice chancellor of the University Prof Amit Banerjee.

As per the information received by Kalinga TV, Banerjee assured the duped students to provide Rs 20,000 monthly stipend for a year and fresh job within three months.