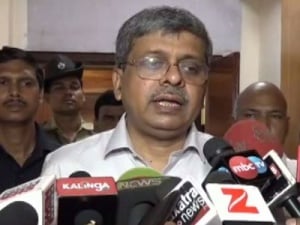 Bhubaneswar: Chief Secretary Aditya Prasad Padhi on Tuesday directed the Collectors to ensure Minimum Guaranteed Service (MGS) in the remotest area and establish service delivery connectivity to all the areas.

He was addressing collectors at the concluding session of the three-day Collectors’ Workshop. The last day saw deliberations on as many as 15 major intervention areas of government services.

Along with Development Commissioner R. Balakrishnan, Padhi reviewed the progress in these areas in the districts and gave necessary guidance to the Collectors.

The Chief Secretary advised the collectors to form homogeous and sustainable Mission Shakti groups in each block at the rate of 5 per Angnwadi Center area. Instead of being confined to mere borrowing, lending and some economic activities, these Mission Shakti groups should also be oriented towards social mobilization, he said.

Collectors were asked to expeditiously deal with forest clearance issues for extension of rural electrification and were advised to provide all support and assistance to both the central and State level executing agencies at the field level.

Padhi also directed the Collectors to open official Facebook and Twitter accounts at the district level and keep responsible officers in charge of quickly responding to the issues and grievances raised by the people.

The Collectors were further advised to form WhatsApp groups involving district level officers for immediate resolution of the issues and redressal of the grievances.