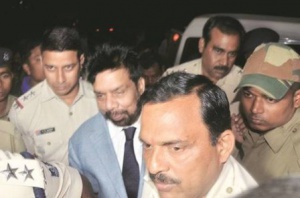 Mishra, who owns OSL, a company with an annual turnover of over Rs 2,000 crore, had landed in the ED net in January this year, as the agency started probing his financial dealings following the murder of Seaways Shipping General Manager (GM) Mahendra Swain in Paradip in October last year.

Mishra is still in jail, while another key accused and Congress leader Bapi Sarkhel, who is also being probed by the ED, is out on bail in the murder case. ED has finally framed charges against both of them along with 10 others.

Mahima Mishra has been granted bail in Seaways Shipping GM murder case, but is awaiting reprieve in the 2003 Press Chhak bombing case in Cuttack. He may be summoned soon by the ED soon.