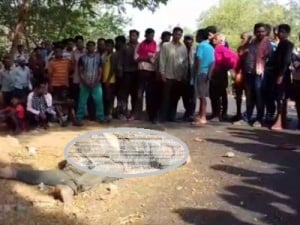 The deceased Jawan was identified as Sanjay Bag of Salepali village in the district.

Bag who was posted at Phiringia in Kandhamal district had come to the village some days ago to attend his brother’s marriage.

Though, the exact reason behind the death of the security personnel is yet to be known, family members of the deceased have filed an FIR alleging that some miscreants have killed Bag.

On the other hand, angry over the incident and demanding compensation for the deceased’s kin, the villagers staged a road blockade on the Bolangir-Chandanbhati road.

Meanwhile, the local police have started an investigation into the incident. Police have also seized his bike from the spot. According to preliminary reports, bullet injury was found on Sanjay Bagh’s head.