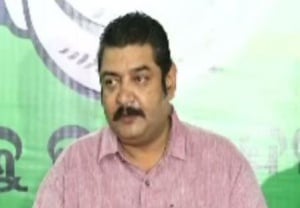 Bhubaneswar: After being targeted by the opposition with a host of questions in the past several days, the ruling Biju Janata Dal (BJD) on Saturday retaliated strongly firing 10 questions at the BJP on its perfromance in the three years since it came to power.

Addressing a press conference in Bhubaneswar, senior BJD leader Pratap Deb came down heavily on the Modi government accuseing it doing precious little for the growth of Odisha and the country as a whole.

“By now, the Union government should have generated 6 crore jobs, including 30 lakh in Odisha, as per its election manifesto. The NDA had announced to create two crore jobs every year. But, it has failed to fulfill its promise,” alleged Deb.

He also targeted Union Petroleum Minister Dharmendra Pradhan asking him how many Odia youths have got employment in IOCL.

“When there was a BJD-BJP government in Odisha, both the parties had demanded special category status for the state. Why has the BJP has now backed out on the issue?” asked Deb.

The BJD, which had supported the demonetization drive, also sought a ‘white paper’ on how much black money has returned to the system after the drive, which was touted to be one of the boldest steps taken by the Modi government.

The BJD also sought an answer from the BJP on its failure to hikeMSP for various agricultural produces.

The newly elected member of the Rajya Sabha also asked BJP to share information on the status of the coastal highway project, central assistance to the state and conversion of state highways into national highways in Odisha, non-revision of coal royalty.