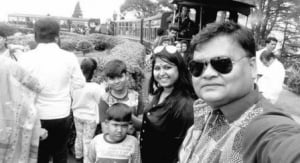 Bhubaneswar: After learning about the agonies of the Odias stranded in Darjeeling, Odisha Chief Minister Naveen Patnaik on Friday sought the intervention of Union Home Minister Rajnath Singh and West Bengal Chief Minister Mamata Banerjee in the matter and urged them to facilitate the safe return of the Odia tourists stranded there.

Odisha Tourism and Culture Minister Ashok Panda also expressed concern over the stranded Odias and said that efforts were being made to evacuate the tourists from the troubled region.

He also spoke to his West Bengal counterpart Gautam Deb, who assured him to extend all help for the safe return of the visitors.

Darjeeling is on the boil after activists of Gorkha Janmukti Morcha (GJM) clashed with police over West Bengal government’s decision to make Bengali a compulsory subject in state-run schools.