CM urges PM to set up tribunal on Mahanadi dispute 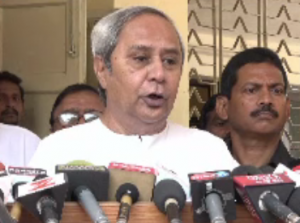 Bhubaneswar: Chief Minister Naveen Patnaik, on Tuesday, wrote to Prime Minister Narendra Modi and requested him to form a tribunal to resolve the on the Mahanadi water dispute with Chhattisgarh.

“…It was learnt that the upstream State of Chhattisgarh, while opposing the formation of a Tribunal (which unfortunately seems to have been entertained by the Union Ministry of Water Resources) has gone ahead and erected the gates of Kalma barrage and then closed the same blocking the free flow of water to my downstream state of Odisha and its inhabitants causing huge unrest in the border districts on account of reduction of flow into Hirakud reservoir resulting in scarcity of drinking water in summer months,” the letter read.

“I strongly urge for immediate constitution of the Tribunal and reference of the complaint dated 19.11.2016 for adjudication.”

Earlier, Chhattisgarh Chief Minister Raman Singh had raked up a controversy after stating Mahanadi didn’t have enough water at the moment to be released for Odisha. ”Mahanadi flows for only for four months a year. We don’t have water to give to Odisha now. They can go to the CWC,” Singh had said today.