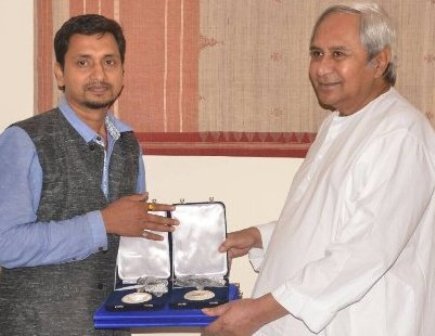 The 55-minute long documentary has the Jagannath cult as its theme. Prusty, an alumnus of the prestigious Biju Patnaik Flim and Television Institute in Cuttack, was also felicitated by his institute on Thursday.

Prusty was one among four other persons from Odisha to receieve the National Award. The other recipients were Nilamadhab Panda, Lipika Singh Darai and Shankhajeet De.