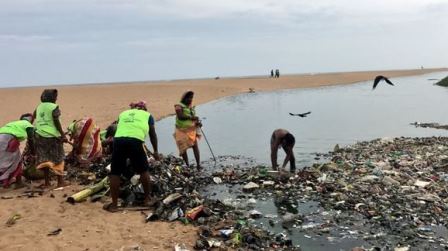 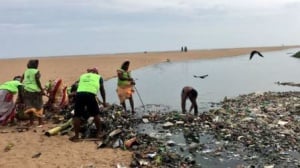 Puri: A cleanliness drive began on Bankimuhan beach in Puri hours after Chief Minister Naveen Patnaik’s directive in this regard on Tuesday.

Requesting the govt to clear its stand soon on Bankimuhan beach Pollution, Otherwise I will sit on Dharna at Puri beach & protest thru my Art,” the sand artist had tweeted recently. The Chief Minister had responded immediately assuring him of measures to check pollution in the area.