C’Garh gets funds from Industries for Mahanadi Barrage Construction 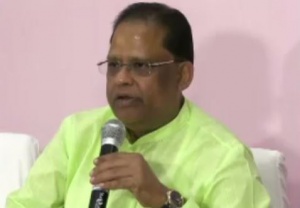 Burla: Adding fuel to the Mahanadi dispute, Chhattisgarh Govt has admitted accepting funds from industrial units to construct barrages on the upper catchment of river Mahanadi with a view to provide them adequate water.

Chhattisgarh State Commercial Tax and Industry Minister Amar Agrawal revealed that water cess has been collected from various industrial units for 15 years in advance and the money has been used to construct at least three to four barrages in their state.

The visiting Minister gave this controversial statement on Wednesday during his Odisha visit to attend the Sabka Saath Sabka Vikas programme organised by the Odisha BJP state unit in Burla.

Meanwhile, Odisha’s ruling BJD has strongly condemned Chhattisgarh government in this regard.

“Our government will definitely address this issue by approaching the concerned central agencies as well as the Union Government”, Patro added.