Check out the first poster of Salman’s ‘Tubelight’ 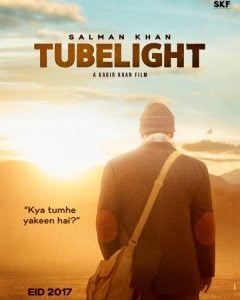 The first poster of the Dabangg of Bollywood’s much awaited flick ‘Tubelight’ has been released.

Donning a brown coat and trousers with a cross-over bag, the 51-year-old Salman Khan’s back is seen facing the audience.

The movie will also see Bollywood Superstar Shah Rukh Khan in a cameo appearance and is slated for an Eid release this year.