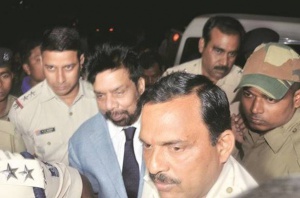 According to government lawyer Biswajit Baral, the chargesheet has been filed under section 307, 120-B and 34 of the IPC.

Statements of as many as 41 witnesses in the case have been recorded till date.

Notably, the bomb was hurled at lawyer Abhay Bhatt near Press Chhak in Cuttack on September 21, 2013 in an attempt to kill him over a land dispute case.