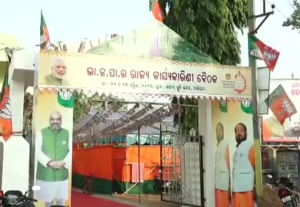 The two-day state executive meeting of the state unit of BJP will begin from Saturday at Sahid Smruti Bhawan in Baripada in Mayurbhanj district.

The meeting will prepare the blue print for the 2019 general elections. Sources at the BJP party said that the saffron party will also decide on the issues to corner the ruling BJD during the election.

The meeting is considered to be important in the view of the recent National Executive meet of the party in Bhubaneswar where the party vowed to form government in the state in 2019.