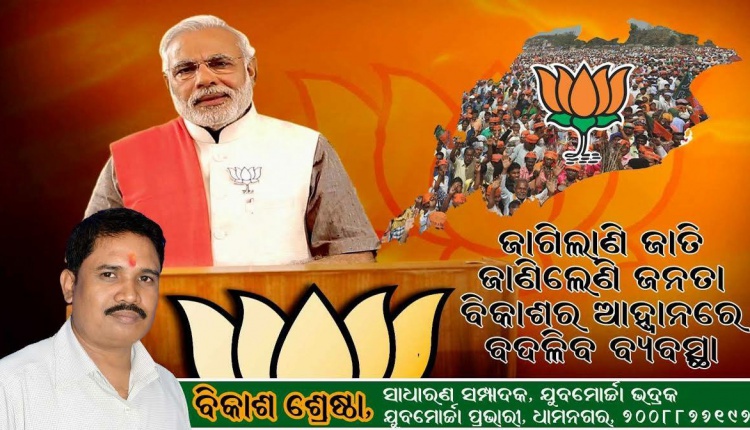 BJP Yuva Morcha’s Bhadrak Unit General Secretary Bikash Shrestha, has been arrested by the police for his alleged involvement in the communal violence in Bhadrak recently.

The BJP Yuva Morcha has strongly condemned the arrest. BJP Yuva Morcha’s Odisha Unit President Tankadhar Tripathy said Bikash is not a criminal and he was going to Dhamnagar for relief work when he was arrested. He also dared Police to arrest the BJD leaders, saying they were involved in the communal unrest.

Over 170 people have been arrested so far in connection with Bhadrak violence. Properties worth Rs 9 Crore were destroyed. Night curfew still remains in place even 24 days after the tensions erupted in the town.