BJP wins 5 out of 10 Assembly Bypolls; AAP loses in Delhi 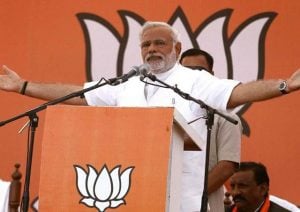 Riding high on its spectacular success in assembly polls, including Uttar Pradesh and Uttarakhand, the BJP has won 5 out of 10 assembly seats in 8 states that went to bypolls because of various reasons.

While 8 of these seats were retained either by BJP or others, the saffron party gained two, as it snatched Dholpur (Rajasthan) seat from the Congress and Rajouri Garden from Aam Aadmi Party.

PM Modi congratulated party workers for the success in assembly bypolls with the following tweets:

“Impressive performance by @BJP4India and NDA in the by-polls in different parts of the country. Congratulations to Karyakartas.”

“I thank the people for the constant support, blessings & unwavering faith in politics of development and good governance.”