BJP is with You: Amit Shah to LK Advani 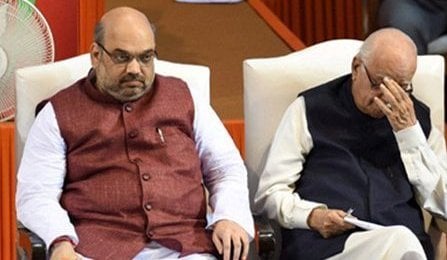 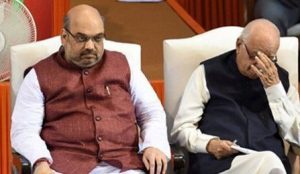 BJP President Amit Shah has reassured veteran leader LK Advani that the party would stand by him and others, including Murli Manohar Joshi and Uma Bharti, as they face trial for criminal conspiracy in Babri demolition case.

Amit Shah talked to Advani yesterday and tried to pacify him. It was the CBI, which moved the Supreme Court for restoration of criminal conspiracy against Advani & Co., which came as a shocker to many even within the party.

It was the Ram Temple movement under LK Advani in the early 1990s that strengthened the BJP’s base across the country and projected it as a viable alternative in Indian politics.

LK Advani, who failed to become the Prime Minister of India, was rumoured to the next President of India. However, the Supreme Court ended all these talks by restoring criminal conspiracy charges against him and others in Babri demolition case.