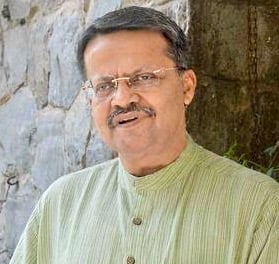 Cuttack MP Bhartuhari Mahatab, who was seen inching closer to the BJP in the recent past, has triggered another round political buzz today with an article in a leading Odia Daily.

While Bhartruhari wrote about how BJP going aggressive to finish the regional parties and grab power by hook or by crook, he also gave a pep talk to his party, saying why they are trying to show their weakness by reacting to BJP’s expansion strategy.

“BJP is trying to grow across India and grab power by finishing the regional parties in the absence of a credible Opposition at the Centre. The Congress has been on a decline and BJP sees only some non-NDA regional parties as hurdles in its path to impose dictatorship in the country”, he wrote.

“It’s obvious that BJP is working on a strategy for assembly and Lok Sabha Polls in Odisha. Their modus operandi remains the same for all States. They try to create panic and frighten and weaken the Opposition,” he added.

“But, some BJD leaders are just helping the BJP’s cause by getting anxious and over-reacting to its expansion plan in Odisha. That also shows the weakness and fear within the BJD, which should not be the case”, he wrote further.