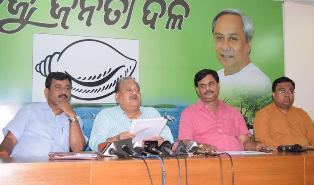 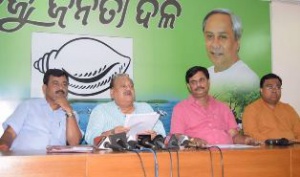 Bhubaneswar: Reacting to Union Ministers dining with the poor during their visit to the state, the ruling BJD on Monday lashed out at the Union government and asked it to reveal what it had done for the poor.

BJD alleged that the Union government’s Modi Fest to celebrate its three years in power is nothing but an eyewash. It had cut down the budgetary allocations for some projects and even stopped some other projects meant for the poor.

“What has the Union government done for the poor people of the state? While it has shut eight schemes and cut down the allocation for 33 schemes meant for the welfare of the poor, its Ministers, during their visit to the state, eat with the poor at their houses, which is a mockery of the poor. They go to eat with the poor to win their hearts for vote,” said BJD spokesperson Prashant Nanda at a press meet in the party state office here today.

Similarly, Union Agriculture Minister Radha Mohan Singh had his lunch at the house of a dhobi (Washerman) on Dhoba Street in Digapahandi of Ganjam district on June 11.