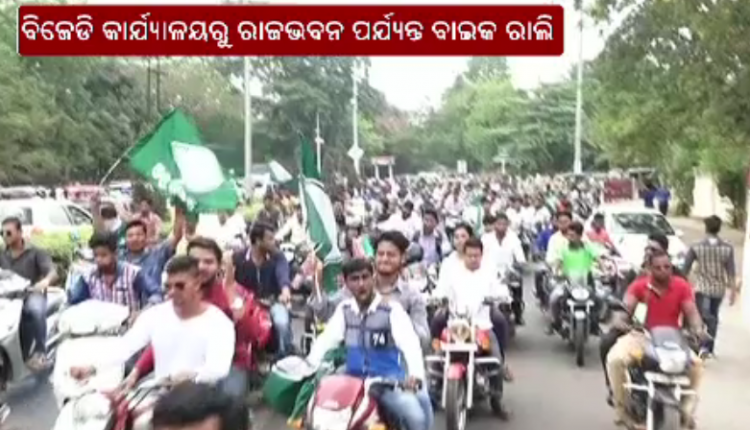 Hundreds of protesters including members of the Biju Yuva Janata Dal (BYJD), under the leadership of Food Supplies and Consumer Welfare Minister Sanjay Dasburma, organized the rally from the party headquarter office to Raj Bhawan.

Later, they demonstrated in front of the Raj Bhawan.

The protestors claimed that most of the people of the state use the oil in their day to day life and demanded the Central government should increase the kerosene quota instead of reducing it.

In a bid to press their demands, they submitted a memorandum to Governor Dr S C Jamir addressing the President of India Pranab Mukherjee against Centre’s decision.

The state government accused the Centre of slashing 36% of the state’s kerosene quota this year and allotting only 62,112 litres.

Many Ministers and MLAs of the ruling party also took part in the protest rally.

Earlier on April 8, the state government had declared to launch a three-day state-wide demonstration over the Centre’s apathetic attitude towards the state.

As part of its protest, the party is scheduled to stage a dharna in front of the Revenue Divisional Commissioner (RDC) offices in Berhampur and Sambalpur on April 11 and 12 respectively.