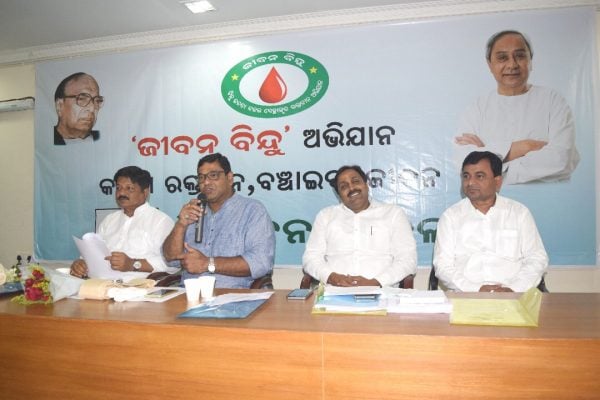 Odisha CM Naveen Patnaik’s ambitious project ‘Jeevan Bindu’ has now managed to create a massive impact on people with many joining the movement to donate their blood with the noble thought – ‘Rakta Dana, Maha Punya’.

The District Coordinators’ Review Meeting held at the party office on Monday at the presence of new Health & Family Welfare Minister Pratap Jena, has hailed the efforts made so far to make this program a huge success and spread awareness among people.

The meeting also set the target of collecting 25,000 more blood units by August 2017. “It’s a social cause, which remains beyond the political boundary. It not only spreads awareness, but also gives direct support to the people,” said Pratap Jena.

“In 2016-17, various sources collected 2,12,836 units of blood units. BJD’s ‘Jeevan Bindu’ managed to get 77,000 units despite the compulsions of party programmes and panchayat poll schedule. The party is hopeful of increasing the number substantially in 2017-18”, he expressed confidence.