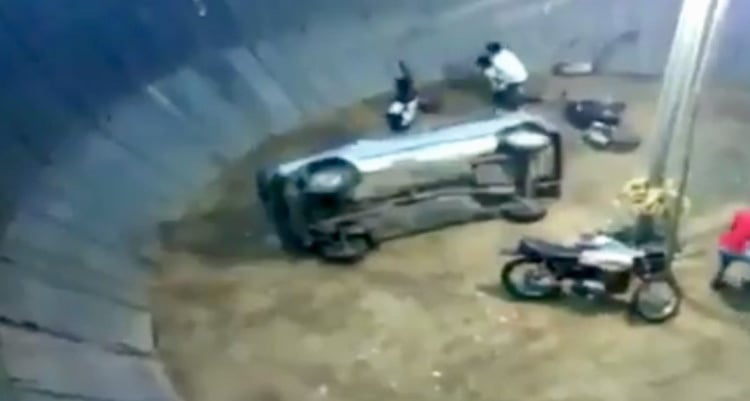 A ‘Maut Ka Kuan’ stunt literally turned into a ‘well of death’ for a stunt biker, who was killed after being run over by a speeding car during a performance in Jeypore on Saturday.

The deceased has been identified as Jitu Singh of Ranchi. The incident came to light today after a video that captured the entire incident, went viral on social media.

The ‘Maut Ka Kuan’ or ‘Well of Death’ was being organized at Meena Bazar at Gandhi Chhak in Jeypore for the last 15 days.

Jitu Singh, who was performing the stunt on a bike along with two others bikes and two cars, hit a car, which lost balance and fell on him. He was rushed to the hospital, but was declared dead.