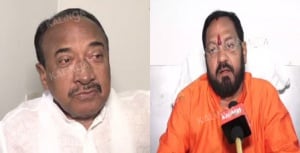 Panda claimed that while BJP has no link with the IOCL, Mohapatra’s statement on BJP is unfortunate.

“BJP has no relation with the IOCL. Mohapatra, who is a senior leader, calling the party dalaal is not rational. Since BJP is like a mother to us, Mohapatra’s comment is like scolding one’s own mother,” said Panda.

He said that National President of the party Amit Shah has been informed about the matter as Mohapatra is a senior leader of the party and a member of the national executive. It is Shah who will take action, if any, against the former Irrigation Minister, he added.

Alleging that the local youths with requisite qualification have been neglected during recruitment in the IOCL, Mohapatra had questioned BJP’s role saying whether the party is doing dalaali (brokerage).