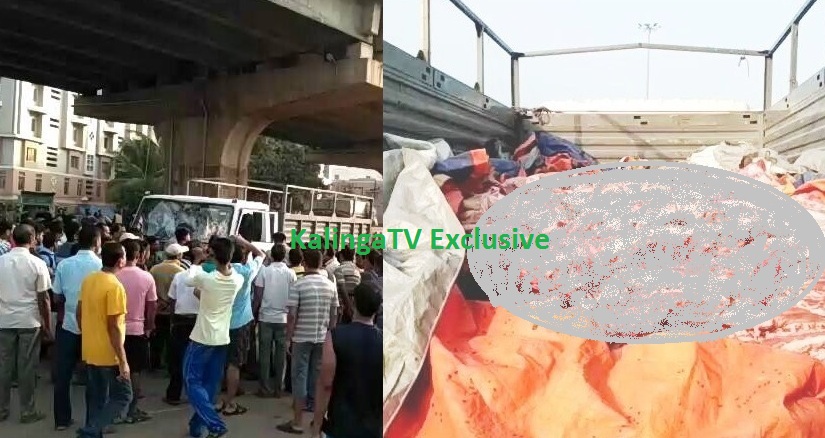 Bhubaneswar: In a shocking development, which triggered tensions in Bhubaneswar, a mini-truck laden with beef, was seized by locals after it met with an accident while trying to cross over in haste.

The beef was being allegedly transported from Cuttack area to Hyderabad. The locals caught hold of the vehicle as well as the driver and helper with the help of Mancheswar Police.

The cops have launched a probe to ascertain the source of beef and people responsible for the slaughter of cows/bullocks and transportation of beef illegally.

Under the ORISSA PREVENTION OF COW SLAUGHTER Act, 1960, killing of
cows is totally prohibited. Came into effect on 28th February 1961, it’s a cognisable offence and carries penal provision of imprisonment up to maximum of 2 years or fine up to Rs. 1,000 or both. Definition of cow includes a heifer or calf.

Slaughter of bull, bullock allowed on production of fit-for-slaughter certificate if cattle is over 14 years of age or has become permanently unfit for breeding, drought.