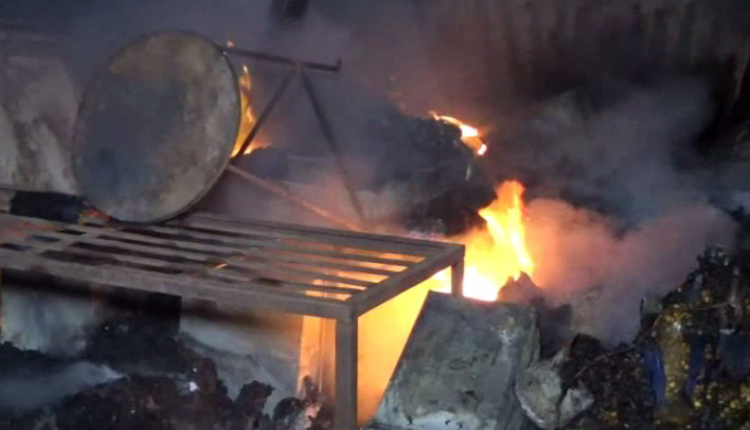 A major fire reduced over 20 shops to ashes at Hatapada daily market in Bargarh town late on Tuesday night.

Though the exact reason behind the fire was yet to be known, it is suspected that electric short circuit might have caused the fire.

On being informed, three fire brigades were pressed into action to douse the flames which spread suddenly after originated from a particular shop in the market. The inferno was intensified as two cooking gas cylinders inside a shop exploded.

There were no reports of any casualties, but properties worth lakhs of rupees were gutted due to the fire.