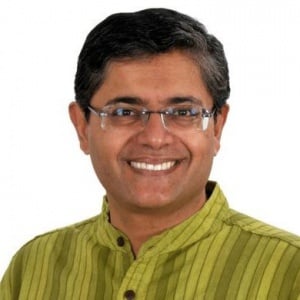 New Delhi: Kendrapara MP Baijayant Panda, who was recently sacked as BJD Parliamentary Party Spokesperson for his “loose talks” against the party’s interests, yet again dropped a bomb shell by taking on “some” IAS Officers in the State.

While responding to a tweet on corruption of one IAS Officer in Karnataka, Jay Panda tweeted, “Probably 1 of many motives? Such IAS ofcrs exist all over India, incl sadly in Odisha. They plunder in collusion w/some netas. Need 2b outed”.

When one Twitter user tweeted back saying Naveen is good, but surrounded by some bad people including Ministers & IAS, Panda was even more vocal – “Dunno abt ministers (many r new) but gossip abt IAS. NP took some imp steps recently to rejuvenate party & govt. This needs similar dose”.

If that was not enough, Jay Panda quotes a tweet about promotion granted to 5 Senior IAS Officers and took a dig at one or two officers in Odisha –

“I know some of them, fine ofcrs. Re my tweets y’day, only a few bad apples spoil the basket. Sadly, Odisha has one or two of the worst too!”

It is believed that Jay Panda’s tirade is aimed at the Officer(s) in Third Floor.