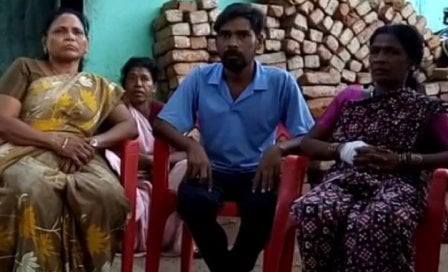 Babula Panda, grandson of freedom fighter Laxmi Panda, who was discharged yesterday from SCB Medical College and Hospital in Cuttac, reached his home in Jeypore on Saturday.

“I am happy to be back home,” he said after meeting his family.

Babula Panda was embroiled in controversy ever since he went missing after the felicitation ceremony of Paika revolutionaries by Prime Minister Narendra Modi last month.

He was found in a critical condition by the side of a road in Bhubaneswar and was admitted to a hospital in the city. Later, he was shifted to the SCB Medical College Hospital with kidney related ailments.