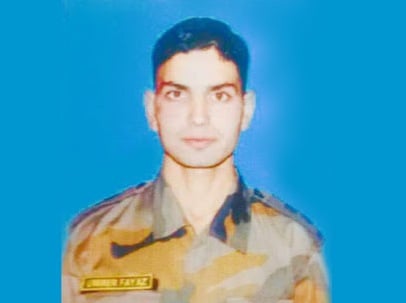 At least five militants entered the house of Lieutenant Ummer Fayaz and abducted him. Later, his bullet riddled body was discovered in Harmain area.

Lt Fayaz was commissioned in the army in December last year and was on leave to attend a family wedding when the incident took place.

Terming the act as a ‘dastardly act of cowardice,’ Defence Minister Arun Jaitley remembered Lt Fayaz as an exceptional sportsman.

“Abduction & murder of Lt Ummer Fayyaz by terrorists in Shopian is a dastardly act of cowardice. This young officer from J&K was a role model,” read one of his tweets.