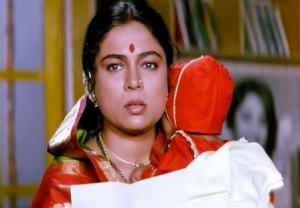 Veteran Bollywood actress Reema Lagoo, who was considered to be the most celebrated mother of the Indian cinema, passed away on Thursday. She was 59.

Lagoo was admitted to the Kokilaben Hospital last night after she complained of chest pain and eventually died of cardiac arrest.

Apart from Hindi movies, the veteran actress had appeared in Marathi films and television shows like ‘Shrimaan Shrimati’ and ‘Tu Tu Main Main.’