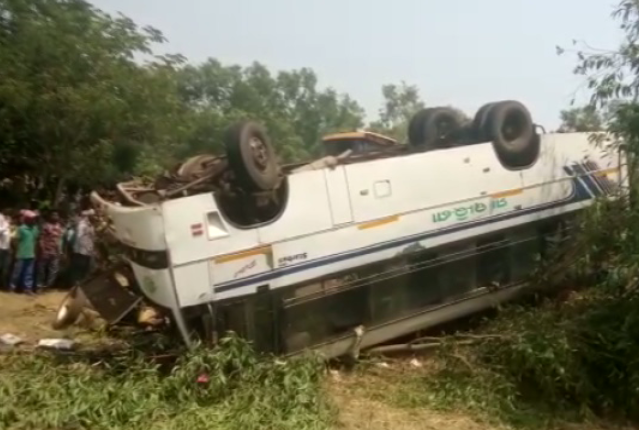 Rairangpur, Apr 04: At least five persons were killed and 10 others were injured in a collision between a bus and a tractor near Kherana forest in Mayurbhanj district here on Tuesday.

According to reports, the accident took place when the ill-fated bus named Maa Tarini overturned after colliding with a tractor coming from the opposite direction.

The mishap was so severe that five passengers died on the spot.

Police along with the locals rushed to the spot and carried out the rescue operation.

By the time of filing this report, at least five bodies had been retrieved and 10 others rushed to Badampahar and Rairangpur hospital in critical condition.

Many more are feared to be trapped under the wreckage as per the authorities involved in rescue operations. The death toll is likely to increase.

The bus was on its way to Rairangpur from Jashipur.