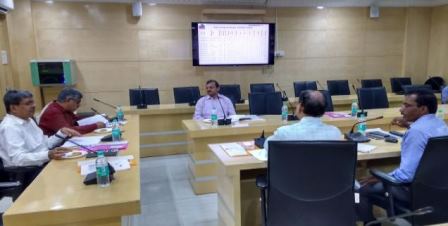 Odisha government on Thursday gave its nod for 31 housing projects for the construction of about 10,600 houses in 28 Notified Area Councils (NACs) of the state under the Pradhan Mantri Awas Yojana (PMAY).

Chief Secretary AP Padhi chaired a state level meeting on sanction and monitoring of the scheme at the State Secretariat and gave the approval for the construction of the houses for the beneficiaries in urban and semi urban areas.

“Two-three types of projects have been prepared. The first is beneficiary led construction. The person having own land will be encouraged to build a house with some amount from the Centre, some from the State Government and some amount to be spent by the beneficiary from own purse. The second project is meant for shifting of slum dwellers. Under the third, the Government will build the housing project and each beneficiary can contribute Rs 1.5 lakh and participate in it,” said the Chief Secretary.