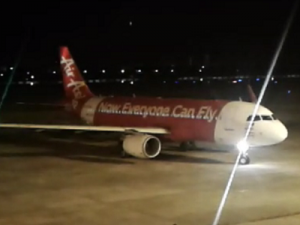 The 180-seater plane of Air Asia which was scheduled to take off at 11:55 PM was delayed for one hour as the flight from Kuala Lumpur landed late. Thus the flight took off at 12.55 am.

On this occasion, the airport authorities bid a warm send off to as many as 159 fliers. Similarly, they also welcomed the 95 passengers who flew in from Kuala Lumpur with flowers.

Culture and Tourism Minister Ashok Panda, Industry Minister Debi Prasad Mishra and other government officials along with the airport authorities were present on the occasion.

In a bid to add more flavour to the occasion, the airport was decked with colourful lights and balloons. Besides, traditional dance events were also organized.

According to reports, the flight will operate in the preliminary phase four times a week on Monday, Wednesday, Friday and Sunday.

Notably, this is the first international flight after the city airport got the status of International Airport.