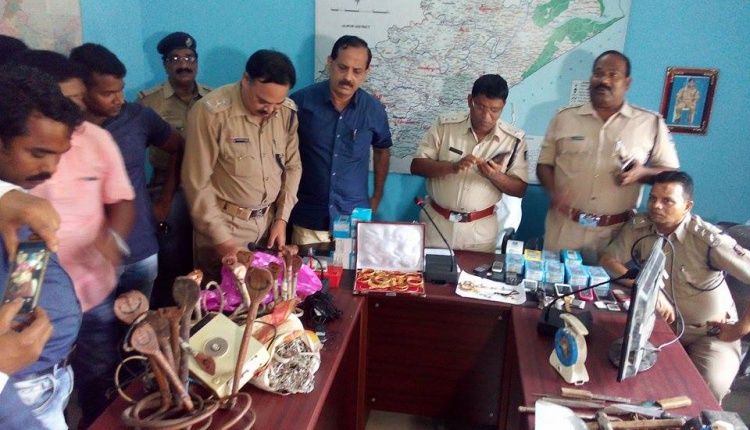 According to the SP, while the special police squad and Pattamundai police were jointly conducting night patrolling at Choudakulat-Dandisahi road, they found six antisocial assembled at Dandisahi-based Brahmani bridge and engaged in distributing the stolen booty. The police team managed to nab four of them and seized some stolen items from their possessions.

The arrested dacoits also informed to the police that on March 28th night, they had looted one and half feet long Asthadhatu idol of Gopinath-Bije pratima of Lord Dadhibabanjew  at Tamala Sasan, along with six  bronze idols worshipped at the sanctum sanctorum of Dadhibabanjew temple at Choudakulat under Pattamundai police limits, after breaking the grills and lock  of the  temple. They revealed that they sold the asthadhatu idol to one Debashis Sahu of Badahat villag , who too was arrested with them for receiving the stolen properties, the SP informed.

Meanwhile, the haunt is on in Dhamanagar area to nab other accused and to seize several other stolen properties. “We would pray before the Magistrate to take the four dacoits on remand very soon,” said Gochhayat.