12 families in Malkangiri leave home due to Maoist threat 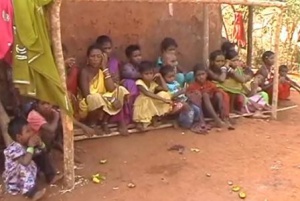 Twelve families of Ramaguda village under Andrapalli Panchayat in the cut-off area of Chitrakonda in Malkangiri district left their houses on Saturday due to Maoist threat.

According to reports, the families left their houses leaving all their belongings behind as the Maoists had warned them of dire consequences if they did not leave. The red rebels had earlier killed two men from the village suspecting them to be police informers.

The panicky villagers have taken shelter in a government office in Chitrakonda.

“The Maoists tortured us following the joint operation of Andhra-Odisha police in which 24 Maoists were killed in October last year. They also killed two of our fellow villagers alleging that they were acting as police informers. We request the district administration to provide us shelter and security,” said one of the villagers.