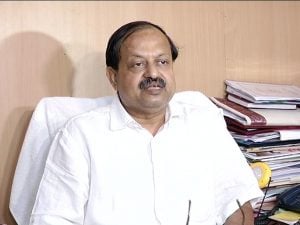 “Tathagata is a good friend. I am not sure under what circumstances he made such comments. As we were running out of time at the meeting at IDCOL Auditorium, I just reminded him to complete his speech in short. No other intention was behind it. If he was upset at it, then I can’t help it,” said Debi Mishra.

“Tathagata’s remark has hurt the sentiments of people in Badamba-Narasinghpur. I always worked for the people and discharged my duties as a Minister in all portfolios. I will soon meet CM Naveen Patnaik to apprise him on this development”, he added.

Earlier, Tahtagata had said in a public meeting that every party, including BJP, Congress and BJD has thieves. He further added that CM Naveen Patnaik had recently dumped 4/5 thieves from his Cabinet and Debi Mishra was one of them. Tathagata’s hard hitting comments created a flutter in the political circle.