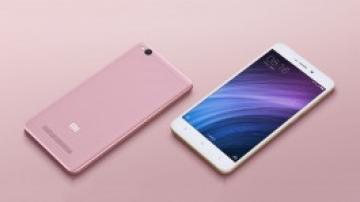 Xiaomi has been consistently doing well with its smartphone range and its latest handset, the Redmi Note 4, was recently said to cross 1 million units in just 45 days. Keeping the momentum going, the company today launched yet another promising looking device. The new Redmi 4A was made official in India priced at Rs 5,999 and comes as a replacement for the Redmi 3S.

Aimed at the sub-Rs 7,000 price category, the new Redmi 4A is now the most affordable offering from the Chinese smartphone maker. I got my hands on the device and here is what I think about it.

We know Xiaomi has completely moved on from plastic but unlike the Redmi 3s/3S Primefrom last year , the Redmi 4A has a poly-carbonate finish. Now it doesn’t feel cheap, in fact it has been given a metal finish which had me thinking that it was a metal smartphone all along. It is also quite light weighing at 131g.

The back was a bit curvy on the Redmi 3S, the new handset on the other hand has a more flat finish, reminding me of the Redmi 1S. In fact the company says that it is inspired from it.

The back has the primary camera, the shiny Mi logo and the loudspeaker grill.

At the bottom is the microUSB 2.0 port and the primary microphone.

The 3.5mm audio jack and the secondary microphone are laced on the top edge. Yes, you get an infrared port as well.

The power button and volume rocker keys are on the right edge. Both offer a nice tactile response.

I’ve always liked smartphones that fit well in the hand and this one is just perfect. There is a 5-inch display, and as I mentioned above, a matte finish. Having said that, there isn’t anything unique in terms of design. It is the same tried and tested Xiaomi design language, which should work well for the masses, especially at its price point.

The smartphone features a 5-inch IPS LCD panel with a 1280×720 pixels resolution. This feels to be the same that was seen on the last generation. I did notice it to be a bit warmer than most LCD panels but I think there is some setting to tune that. For a 720p display, sharpness is pretty decent and even colours look good. There isn’t a lot of colour shift when seeing the display from different angles either. The panel does struggle a bit under the sun, but it isn’t unusable, of course one needs to bump up the brightness to maximum.

The Redmi 3S series came with a Snapdragon 430 SoC but this year we have a Snapdragon 425. The chipset features a quad-core CPU clocked at 1.4GHz with Cortex A53 cores and an Adreno 306 GPU. This is paired with 2GB of RAM which is decent at this price. For storage, the handset comes with 16GB of internal memory out of which 10.30 GB is user accessible and about 8.3GB is free. There is support for expandable storage so you can further expand it using the second SIM tray slot for a microSD card of up to 128GB.

Xiaomi usually updates all of its devices at the same time so this comes with the same OS that was seen on the Redmi Note 4. For those who are unaware, that’s Android 6.0.1 Marshmallow with MIUI 8.1 layered on top. In the few minutes of my usage, the experience seemed to be smooth. Of course only after using and testing it further can I say more about the the software experience. You get all the MIUI features baked in and a new feature was announced which is coming soon for Indian users. The messaging app will be updated to show IRCTC ticket SMS in an actual ticket format to make it more intuitive. I really hope that Xiaomi improves the software further as it isn’t the best when it comes to experiencing Android.

There is a 13MP camera with an f/2.2 aperture and an LED flash. This is a slight step down as last year we saw the Redmi 3S having a 13MP f/2.0 camera and phase detection auto focus. But, I did take a few pictures and they looked to be at par with what I experienced on the model I tested last year. Focusing speeds aren’t the fastest, but the shutter is super quick. A thorough test is however required before I can come to a conclusion. The front camera is pretty much the same as last year but the camera app is said to have been upgraded.

Xiaomi made a big deal about the Redmi 3S and 3S Prime’s 4,100mAh battery. While I was very impressed with the battery backup, this year we see a smaller battery. The Redmi 4A comes with a 3,120mAh battery. The company claims a 7-day standby time but didn’t stress about daily performance. Also, there is no mention of any fast charge support.

As for connectivity features, the handset offers 4G VoLTE, Wi-Fi, GPS/ A-GPS, infrared, microUSB 2.0 and Bluetooth v4.1. It is a dual-SIM smartphone but comes with a hybrid SIM tray.

This is probably going to be the handset to get if you want an affordable 4G smartphone. Just like last year, Xiaomi has done its best to cram in the best of what it can, in an affordable package. I am a little skeptical if the handset is indeed better than last year’s model, but seems like a really good smartphone.

There aren’t a lot of smartphone at this range that offer such competitive specifications and I am pretty sure Xiaomi will manage to sell a large number of units of the new smartphone. Pricing is at Rs 5,999 which is very competitive and will be available from 23 March from Amazon.in and Mi.com. The company is also planning to sell it via offline channels which sounds like a smart move.